Regardless of the fact they come from the urban or mythological area, Gavril Zmicala creates his characters with a deep care for portraits. The artist from Cluj takes glimpses of the emotions with fine subtlety, exploring the psychological part and outlining each character with a story. Ludic, mystical, traditional or nonconformist tales are born under his hands.

Each character carries a symbolic image which helps deciphering the story.  Stylized fish, snakes, apples, containers with lavender – all become key-elements in identifying the characters and in understanding the subjects. The characters transformation is carried out through crossing “the threshold” (title which defines many artworks) or Lethe River of Acheron. The metaphor of Solitude visible in the image of “Iona in womb of the fish”.  “Ichthys”, the Christian symbol is also  displayed in many images.

The iconophor characters sometimes become pretexts for the experiments of various textures, glazes, nonconventional materials and  decalcomania at 750◦C. Any gesture on the surface of the clay remains printed in the memory of the material. Very flexible and fine, the clay is shaped bearing  the  ceramist’s print , while he moulds its surface in various “aspects”.

Gavril Zmicală graduated from the Academy of Visual Arts, Ioan Andreescu, Cluj-Napoca in 1989; in 1993 he was admitted to the Romanian UAP. Gavril Zmicală has taught sculpture at Romulus Ladea High School of Cluj- Napoca since the early ’90s and for last three years he has dealt with the administrative side, as director. Since 2013 he has been one of the organizers of the Cluj International Ceramics Biennale. Gavril Zmicală held solo exhibitions in Austria, Vienna; Netherlands, Groningen (2000), Cluj-Napoca and Bucharest; he participated in group exhibitions at Koblenz in Germany (1995); Mino, Japan (1996); Bucharest and Cluj-Napoca (1990-2016). 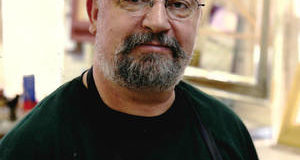 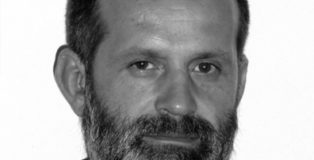 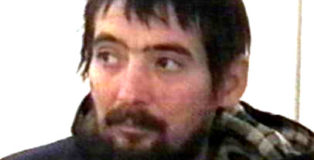 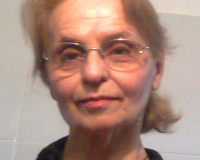