Post-humanist ecologies and commons are hotly debated in contemporary arts and philosophy. Free/Libre/Open Source software – from the GNU project and Linux to Wikipedia – could be considered the first tested practice of a working global commons. On top of that, it stands for an ecology that has left behind traditional notions of subject, authorship and property. What can be learned from this, positively as well as negatively? Where did the utopia of copyleft commons turn into a dystopia of feeding new economy capitalism? Our discussion will draw on a reading of new critical research by the artist, software developer and cultural researcher Aymeric Mansoux.

The other guest from Rotterdam will be Underbelly, a mobile and on-line store that is more about exchange, support and curatorship than about sales. The collection of books, magazines, records and films was built over many years by Mariëtte Groot and represents avant-garde and outsider music and film, critical theory, DIY-culture and activism in various art practices, as well as reflections and introductions in philosophy, technology and ecology. Underbelly will bring just a small selection from all this, focusing on Open Source, hacktivism, cyber art, highbrow sound art and of course some good noisy trash from the underground!

The Veil of Peace @ Bucharest 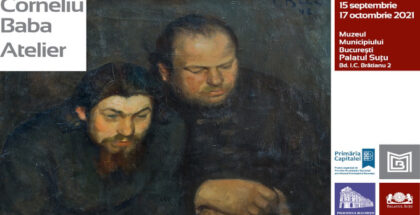