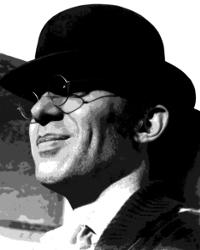 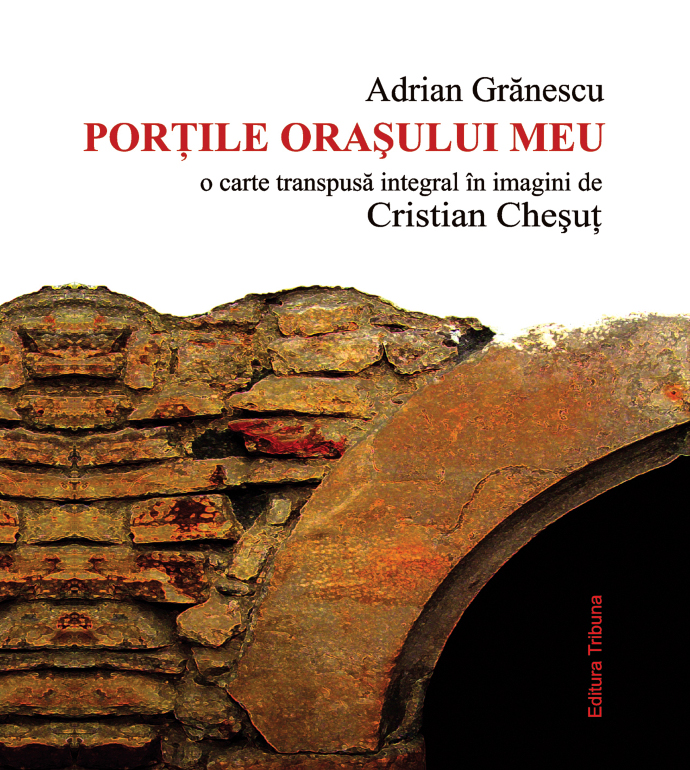 The gateways of Cluj as effigies of love
Historians do not know and cannot present the medieval Cluj – generally, the once city – but in their specific manner, required by the rigors of the craft. Readers take the message with a certain difficulty, they focus and try to represent, with each fantasy, the everyday former Cluj life, beginning, however, with the things provided by historians.
On the other hand, literates are privileged, for they have the freedom to take historical facts as a plea and retrace the world through a flight of thought, by means of artistic imagery.
So does Adrian Grănescu, seeker in chronicles, but a seeker of dreams, of sketches, of face shapes and of sacred icons, some portrayed, some filigree cut, some inlaid in relief. Thus – by means of signs – streets, statues, churches and palaces, tombs and walls, towers and parks are revealed, and they all become gateways. Gateways of human love. Grănescu’s verb is accompanied by the prose and the poetry of Cristian Cheşuţ’s illustration, a veracious literate of image. Like so, we see – with the eyes of spirit – King Matia, Saint George, an arched counterfort, a window, the steps of Taylor’s Bastion, Wolf Street and Blaga; namely, we see gateways, many gateways. The angles of the photographer’s vision blends so well with the Master of words’ perspective, that, at a certain point, one does not understand anymore who handles the word and who wields the picture.
Therefore, the Middle Ages of Cluj, seeped unto dusk and merged with early modernity, naturally flows to our souls, as if the two artists didn’t make any efforts to communicate. And the don’t, for they know how to narrate wisely and discreetly, unostentatiously pouring into our minds and hearts grains of the “Treasure City’s” pearl.
This book is an elegant philosophy of the gateway, as a privileged place of pass, titled by the authors with effigies of love.
Academician Ioan-Aurel Pop
Rector of “Babeş-Bolyai” University, Cluj-Napoca