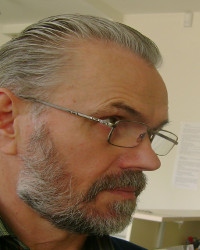 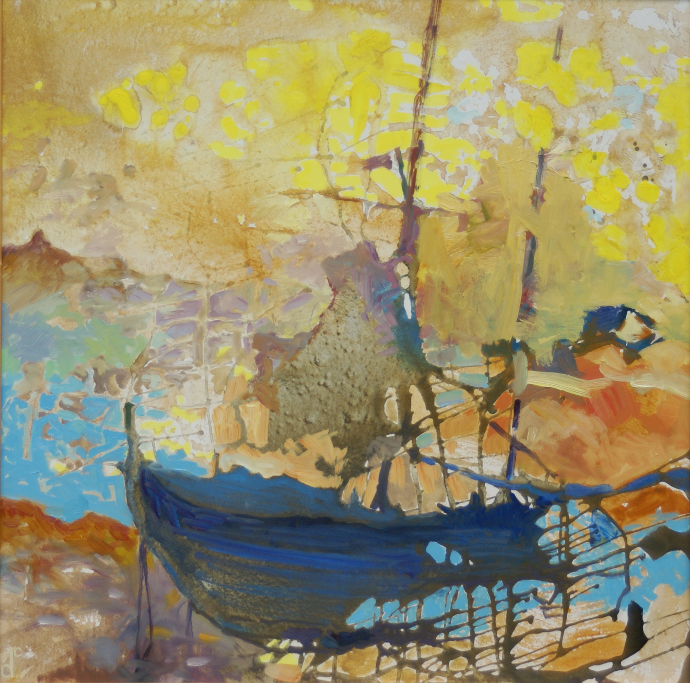 Born in 19.12.1957 Danesti, Gorj County, Romania. Former student in his teenage years of artists Graf Karin (Germany) and Florin Mandruteanu (Canada). Graduated the Arts Pedagogy Faculty of the Constantin Brancuși University in Tîrgu-jiu, having a Bachelor’s degree in Visual Arts at the University of Fine Arts and Design in Cluj Napoca, is currently a member of the Artists Union in Romania. His work can be found in private collections around the country and abroad (SUA, Canada, France, Scotland, Holland, Belgium, Italy, Cyprus, Hungary, Republic of Moldova). At the beginning his young spirit led his towards cubism, and after years of working in plen-air, nature’s greatness transforms him into a landscape painter. Later on he tried the decomposing reality and recomposing it in another form, coming close to metaphysical painting, seeking his own view of the new objectivity (Neue Sachlichkeit). Around 2004 he came back to nature and landscape, but with a different view, a bit more plastic, as if trying to merge together all the previous approaches in a style based on gestualism and transfiguration, and, if one may say, on the philosophy and poetics of shadow images left by time in our memory. He had his debut as a poet was in 1997 with the volume Imperiul Privirii and has collaborated at several local central publications with poems, essays, reproductions from his personal archive as a visual artist.